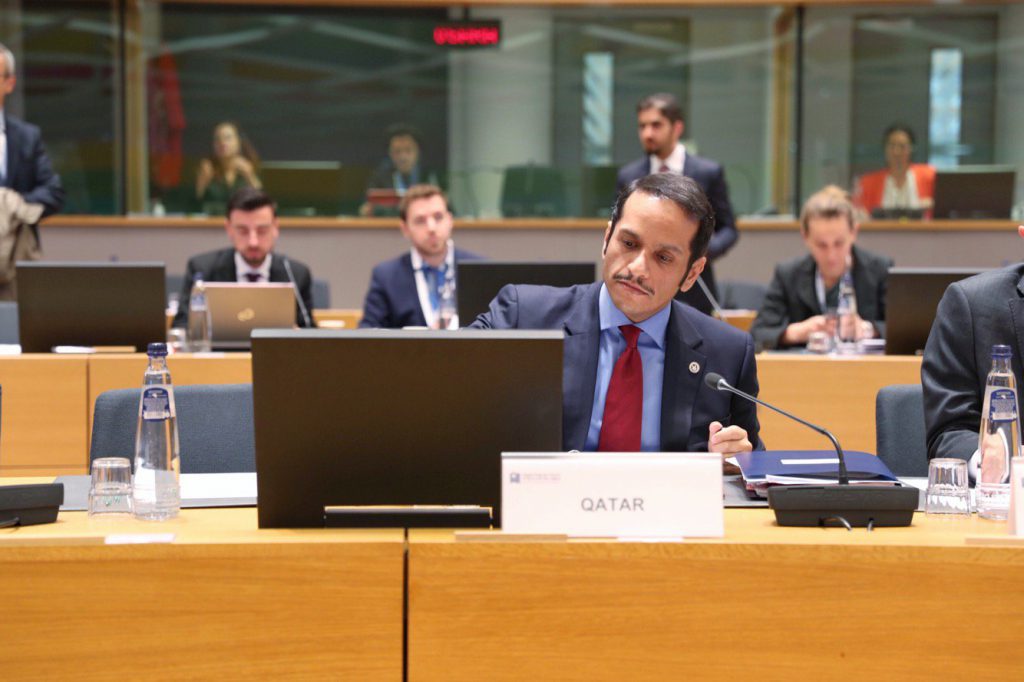 HE Deputy Prime Minister and Foreign Minister Sheikh Mohammed bin Abdulrahman Al-Thani announced a new pledge of $100 million in 2018 by the State of Qatar in continuation of its commitment to alleviate the Syrian humanitarian disaster.

HE the minister made the remarks as he addressed the second Brussels Conference on “Supporting the Future of Syria and the Region” in the presence of U.N. Secretary General Antonio Guterres, High Representative of the EU for Foreign and Security Policy, Federica Mogherini, and a large number of officials.

As part of the State of Qatar’s pledge to support the oppressed people of Syria, Doha continues to commit itself to alleviating the impact of the Syrian humanitarian disaster, HE the minister said as he announced a new pledge of $100 million for 2018.

He added that as part of Qatar’s strategy of building peace and stability through education, 50 percent of the grant will be allocated to educate Syrian students inside and outside Syria.

On this day of last year, the same countries participated in the first Brussels conference and the meeting may take place again next year and even until the 10th edition while the Syrian crisis prevails because of the absence of a political solution that countries have long declared that they agree upon but disagree upon its form.

HE Sheikh Mohammed bin Abdulrahman Al-Thani said that the international community began to move after the recent chemical attack, which was one of many on the Syrian people, adding that pain was visible on the faces of children and women.

He stressed that the international community should resolve the issue of the Syrian people and not deal with just one attack, noting that this should happen through a political solution that all parties agree on.

HE Sheikh Mohammed bin Abdulrahman Al-Thani concluded that the State of Qatar will continue to support the Syrian people.

The previous Brussels conference saw the State of Qatar pledge $100 million, and fulfilled that pledge and even increased it to $108 million, while its contribution to the London 2016 conference amounted to $101.241 million. 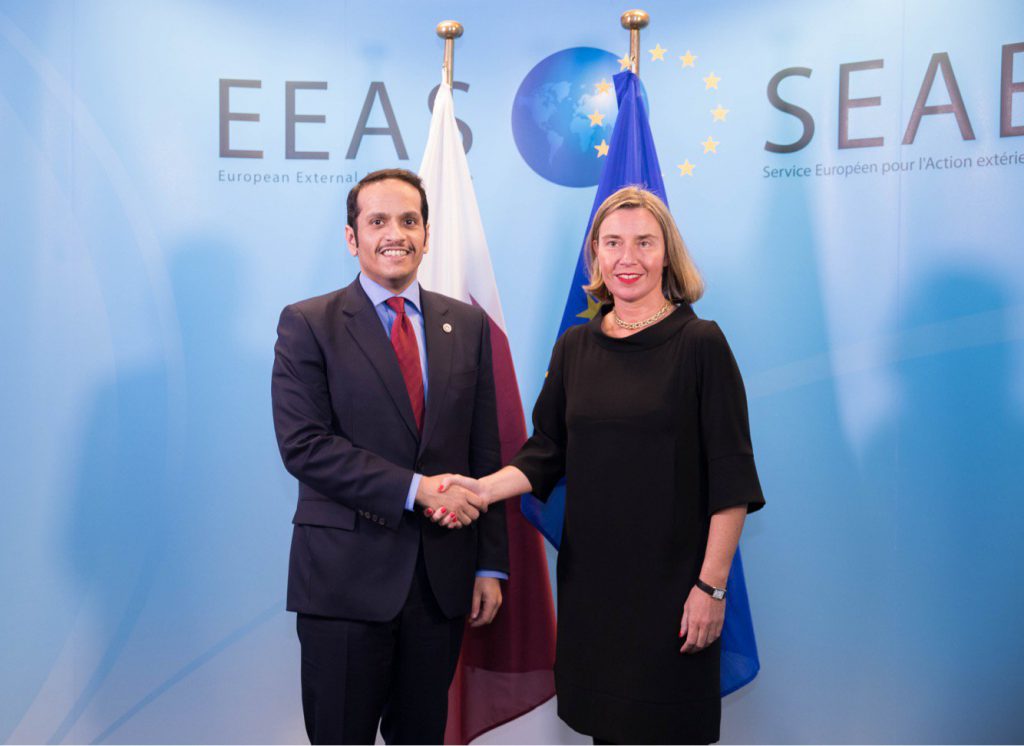 HE Deputy Prime Minister and Minister of Foreign Affairs Sheikh Mohammed bin Abdulrahman Al-Thani met Wednesday with HE High Representative of the European Union for Foreign Affairs and Security Policy Federica Mogherini, on the sidelines of the second Brussels Conference on Supporting the Future of Syria and the Region.

The meeting discussed the latest regional and international developments, especially in Syria, as well as a number of issues of mutual interest. 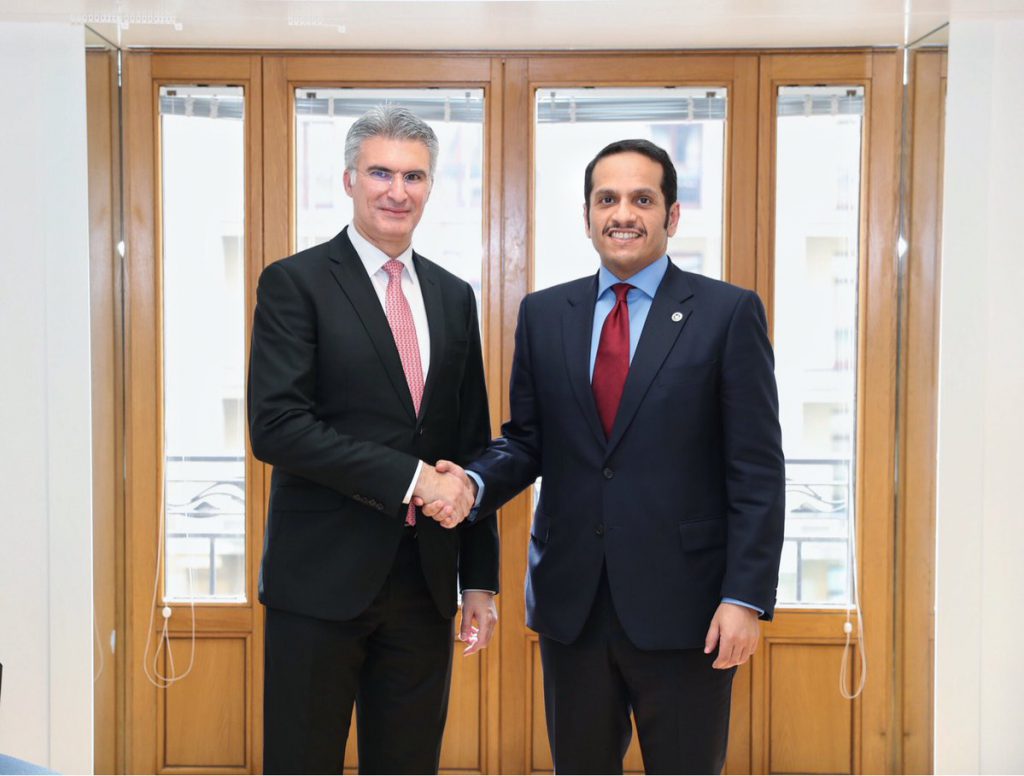 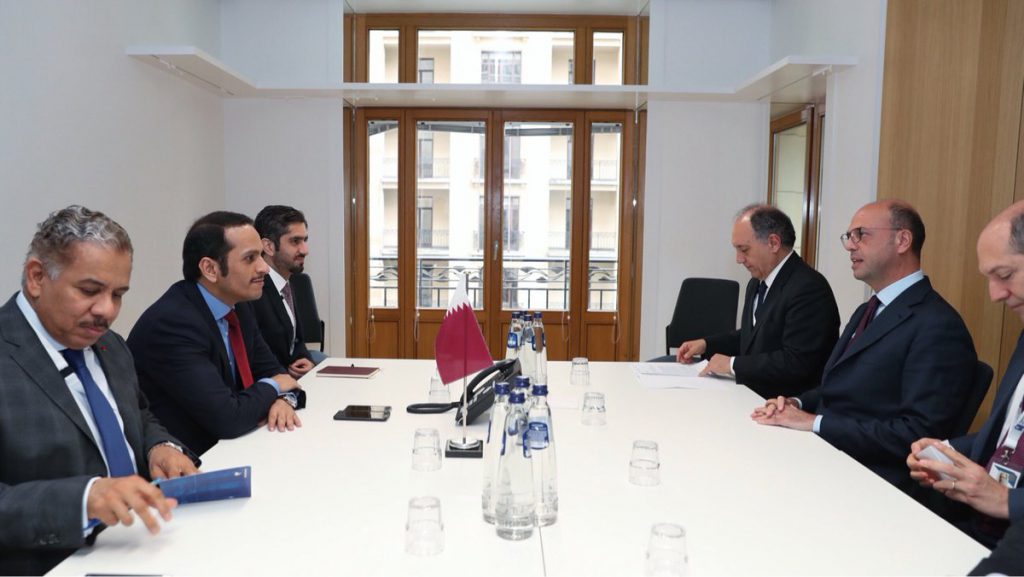 The meetings discussed the bilateral relations and ways of enhancing them, in addition to issues of mutual concern. 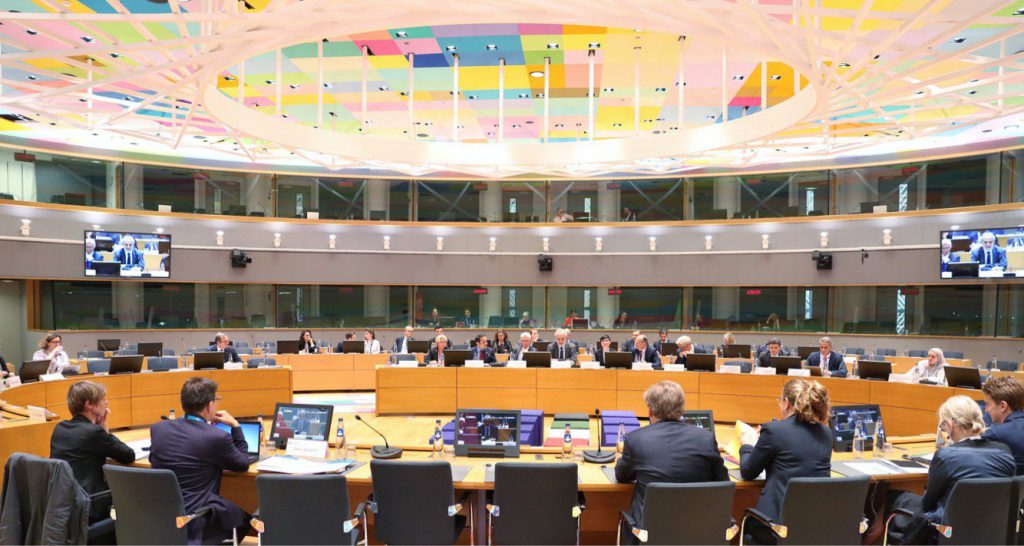 HE Deputy Prime Minister and Foreign Minister Sheikh Mohammed bin Abdulrahman Al-Thani called on the international community to condemn the attempts to manipulate humanitarian aid in Syria and to ensure the protection of civilians and not to use them for political blackmail.

Addressing the third panel discussion on the humanitarian aspect of the second Brussels Conference on Supporting the Future of Syria and the Region, HE the Deputy Prime Minister and Foreign Minister said that there are many issues related to this crisis, the most important of which are the protection of civilians and the way this war has been conducted.

HE Sheikh Mohammed bin Abdulrahman Al-Thani criticized the lack of respect for the rules of war in Syria and the region and the ensuing mass killings, saying: “We believe that our responsibility to protect civilians is far greater than ensuring humanitarian passage where humanitarian aid is delivered, it is how to stop the mass murder in this war”.

HE the Deputy Premier and Foreign Minister noted that nearly 3 million Syrians are unable to access humanitarian aid, stressing that it is important to ensure that those people are not used for political blackmail, and to ensure an open safe passage for them.

He urged the international community to condemn any attempt to manipulate humanitarian aid and to protect the civilians, noting that the world has failed to reach a political solution despite the fact that more than seven years have passed since the beginning of the Syrian crisis.

On the other hand, HE Deputy Prime Minister and Foreign Minister Sheikh Mohammed bin Abdulrahman Al-Thani called on the international community to focus more on the young generation and their future by providing hope and education so as not to be exposed to extremism.

HE European Union Counter-terrorism Coordinator Gilles de Kerchove met with HE Head of Mission of the State of Qatar to the European Union Abdulrahman bin Mohammed Al Khulaifi. During the meeting, they reviewed bilateral cooperation relations, in addition to topics of common concern.

Establishment of the Qatari-European Friendship Group in the European Parliament

The first meeting of the Qatari-European Friendship Society was held at the European Parliament, chaired by HE Mr. Abdulrahman bin Mohammed Al Khulaifi, Ambassador of the State of Qatar to the Kingdom of Belgium and Head of the State’s Mission to the European Union and Mr. Cristian-Silviu BUŞOI, President of the elected Assembly and member […]

President Of The European Council Receives Credentials Of Qatari Ambassador

HE. Mr. Khalid Fahad Al-Hajri, met this afternoon with Mr. Jean Van Wetter, Director General of Enabel, the Belgian Development Agency. They discussed the bilateral relations and means of cooperation between the State of Qatar and the Kingdom of Belgium.