The State of Qatar participated in the International Conference to Support Gambia hosted by the European Commission in Brussels.

Qatar was represented at the conference by HE Abdulrahman bin Mohammed Al Khulaifi, Ambassador of the State of Qatar to the Kingdom of Belgium and Head of its Missions to the European Union and NATO. 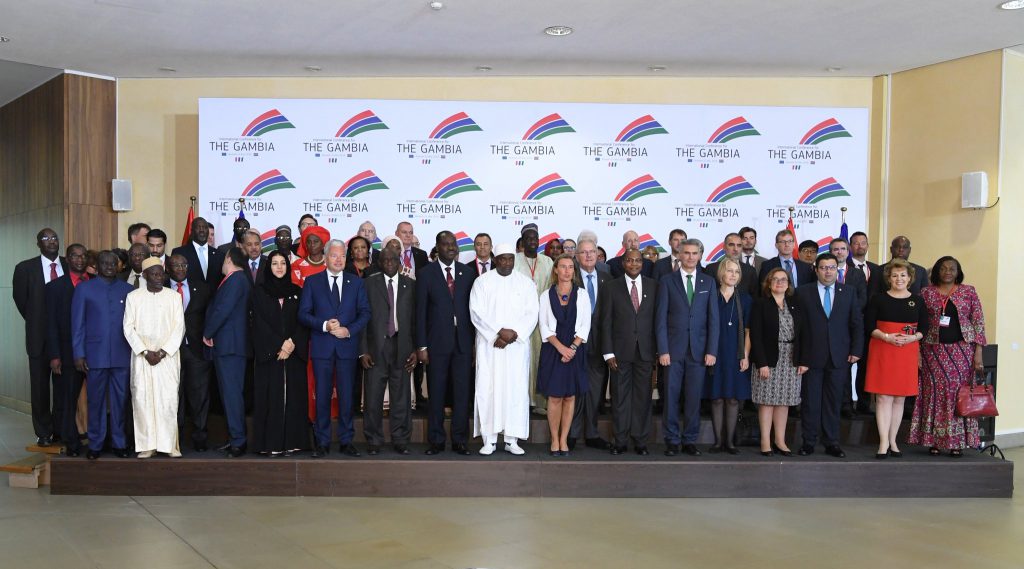 The conference was dedicated to supporting national development in the Gambia after the national democratic elections that brought President Adama Barrow through a democratic process in which the world witnessed integrity. International donations amounted to 1.45 billion euros (One billion and forty five million) euros.

The meeting was opened by HE Mrs. Federica Mogherini, EU High Representative for Foreign and Security Policy and Vice-President of the European Commission, in the presence of Gambian President Adama Barrow and some members of his Government, led by the Minister of Finance.

H.E participate at European Parliament during the important meeting of the Universal Declaration of Human Rights

H.E Ambassador meets with the EU special representative for ME Peace Process

H.E Abdulrahman bin Mohammed Al Khulaifi, Ambassador of the State of Qatar to the Kingdom of Belgium, the G.D. of Luxembourg and the Head of the State’s Mission to the European Union and NATO met today with H.E Mrs. Susanna Terstal, the EU special representative for Middle East Peace Process at the Embassy. During their […]

Head of Protocol at the Belgian Foreign Ministry Francoise Gustin received a copy of the credentials of HE Abdulrahman bin Mohammed Al Khuleifi as Ambassador Extraordinary and Plenipotentiary of the State of Qatar to the Kingdom of Belgium. The Head of Protocol wished H.E the Ambassador success in his duties, and wished bilateral relations between […]

HE @Lolwah_Alkhater noted the efforts of Qatar Fund For Development (@qatar_fund) in this regard, and Qatar's contribution of $100 million which was announced by HH the Amir Sheikh @TamimBinHamad in 2019 to support island and small states to deal with climate change.

Did you catch all that? 🤔 #Qatar2022 #SeeYouInQatar

Thank you my brother Jassim for the lovely dinner and for the great friendship! It has been an extremely interesting ride through the world of diplomacy where we supported each other every step of the way. Let’s keep on working to advance our cause. Farewell everyone!

Hosted a dinner with Arab Ambassadors to bid farewell to @QatarEmb_BXL HE Abdulrahman AlKhulaifi @AMAKhulaifi
Thank you for your friendship, all your hard work, and best of luck in all your future endeavors my friend